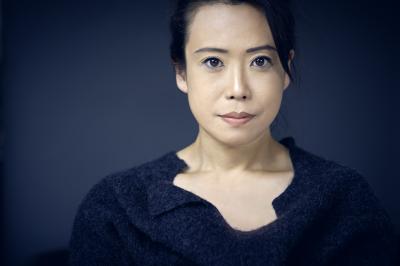 Maki Namekawa is a leading figure among today's young artists, bringing audiences' attention to both contemporary and classical music. In 2012 with Philip Glass, they premiered Glass’ complete 20 piano etudes at the Perth Music Festival. Since then she has toured throughout Europe, the U.S. and Japan with Philip Glass performing these etudes. In 2014 Maki Namekawa released the first complete recording of the etudes on Glass' label Orange Mountain Music, reaching number one in the iTunes Classic charts and recently receiving high praise by BBC Magazine. As a soloist, Maki Namekawa performs regularly at international venues such as Carnegie Hall in New York, Cite de la Musique in Paris, Barbican Center in London, Musikverein in Vienna, Suntory Hall and Sumida Triphony Hall in Tokyo. Together with her husband, the conductor Dennis Russell Davies, Maki Namekawa formed a piano duo in 2005, which regularly performs in leading venues in Europe and North America.