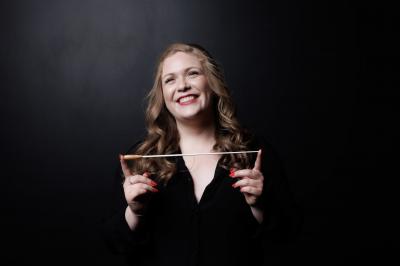 Maria Anna Sydor was born in 1991 in Oberlin, Ohio, the USA, to a Polish-American family with musical traditions. She graduated from the following faculties: Leading Music Ensembles, Choir Conducting in the class of professor Krzysztof Kusiel-Moroz at the Frédéric Chopin University of Music in Warsaw and Symphony and Opera Conducting in the class of ad. dr hab. Szymon Bywalc at the Karol Szymanowski in Katowice Academy of Music. Since September 2020, Maria has worked as an Assistant Conductor at the Mieczysław Karłowicz Philharmonic in Szczecin.