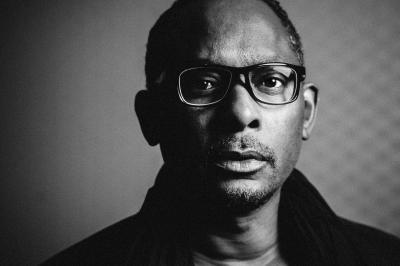 Born in Detroit on April 6, 1963, May met the other founding fathers of techno, Juan Atkins and Kevin Saunderson, while he was a teenager studying at Belleville High School. Inspired by European electronic sounds and black American dance music, May, Atkins and Saunderson - the ‘Belleville Three’ - developed a style that was both futuristic and emotional, physical and cerebral. “None of us knew this would be ground-breaking or revolutionary. We had no idea what we did would change the world,” May recalls.

May’s early recordings as Rhythim is Rhythim and Mayday exemplified his vision of creating ‘high-tech soul’ music - ‘Nude Photo’ (with Thomas Barnett), ‘The Dance’, ‘Strings of Life’, ‘It Is What It Is’ and ‘Illusion’ (as R-Tyme) remain iconic three decades later.

As his music helped fire the European rave explosion in the late eighties, he also became an in-demand remixer. He set up his Transmat label in 1986 to release his own music, but also used it to nurture the next generation of Detroit techno producers, with releases by Silent Phase (Stacey Pullen), Psyche (Carl Craig), Dark Comedy (Kenny Larkin) and Suburban Knight (James Pennington), amongst others.

Transmat continues to be an outlet for adventurous electronic music. His classic recordings were compiled on the ‘Innovator’ album in 1996, and he also collaborated with Steve Hillage on System 7’s album ‘Mysterious Traveller’, released in 2002. But then he quit recording after becoming disillusioned with the business of music, and for many years after that, there would be no new Derrick May material. Instead he dedicated himself to DJing around the world, becoming renowned across continents for his vigorously animated approach to playing music, his ability to connect the futuristic with the funky, and to fashion a dramatic, soul-stirring narrative.

In a new departure in 2014, May began to collaborate with the Macedonian Symphony Orchestra for a series of euphorically-received and critically-acclaimed concerts featuring meticulously scored 80-piece orchestral interpretations of his classic works. “When I first heard it performed, it was very emotional; it felt like a moment of accomplishment, an endorsement of everything I’ve done over the years,” he says.