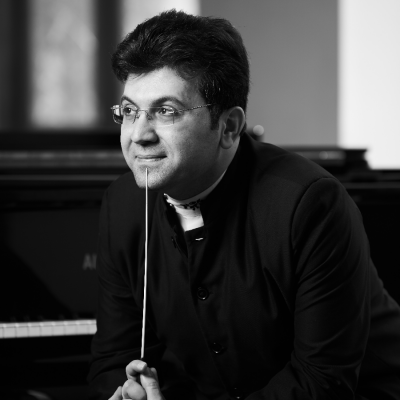 Ayyub Guliyev – has collaborated with the best orchestras in the world, including, Royal Philharmonic Orchestra, Moscow Philharmonic Orchestra, Russian National Orchestra, Trondheim Orchestra, Wiener Kammerorchester, Toscanini Philharmonic and St Petersburg State Symphony Orchestra, as well as opera ensembles Mariinsky Theatre, Belarus Bolshoi Theatre, Belgrade National Opera and Kyiv State Opera. Moreover, Maestro Guliyev has been the artistic director and principal conductor of the National Opera in Baku in Azerbaijan since 2011. He took up this position a year after his enthusiastically received debut at Carnegie Hall and the Vienna Konzerthaus.

In the 2020/21 season, he conducted the highly successful premiere of Eldar Aliev's ballet One Thousand And One Night at the Mariinsky Theater and Tchaikovsky's Sleeping Beauty. He has also conducted such monumental operas as La bohème and Tosca by Puccini, Troubadour, Aida, Rigoletto and La Traviata by Verdi, and Tchaikovsky's ballets Swan Lake and The Nutcracker.

He also collaborated with the World Chamber Orchestra during the Vancouver International Film Festival (Sound Landscapes).