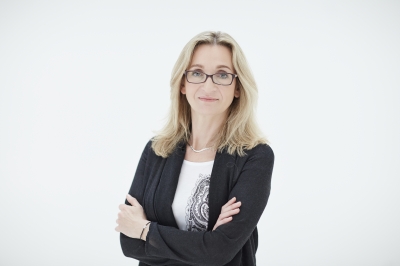 Dorota Serwa is an experienced and effective cultural manager, producer of artistic events, coordinator of countless cultural and cultural-social projects, originator of records and books, and author of publications in the field of musicology and cultural heritage. Efficiently navigating music related areas, art, photography and cultural education, she has been awarded many times for her promotion of culture.

From 2016 to 2019 she has been a member of the Artistic Institutions Council operating at the Ministry of Culture and National Heritage. She is also a lecturer at the Polish Academy of Sciences, where she conducts classes in the management of an artistic institution.

Dorota Serwa has been the Managing Director of the Mieczysław Karłowicz Philharmonic in Szczecin since 2012. Previously, she was the head of the Education Department of the Warsaw Uprising Museum, and manager of the Warsaw Fotoplastikon. She was, among others, a deputy director of the National Center for Culture, and an expert on European funds at the Foundation for Economic Education. She began her professional career at Polish Radio Szczecin as a producer and editor. She is a graduate of the Adam Mickiewicz University in Poznań.

As the director of the Philharmonic in Szczecin, she has led this institution through its period of modernization and a time of new artistic and organizational challenges. Guided by courage in thinking and consistency in action, she has implemented her program of institution activities, which has since translated into an increased number of symphonic and chamber concerts and recitals; and expansion of the educational offer targeted at families with young children, kindergartens and schools, as well as seniors. She has introduced new forms to the Philharmonic program, such as jazz concerts, electronic and folk music concerts, as well as sinfonietta. The Philharmonic's premises have been filled with film screenings, art exhibitions, workshops and performances. The institution also has a rich list of book and record publishing.


The 2014/2015 artistic season was inaugurated in the new halls of the Szczecin Philharmonic on ul. Małopolska, in a building that received many architectural awards, titles and distinctions in 2015, including the most prestigious – the 2015 Mies van der Rohe Award for architecture. Among the eight inaugural artistic events, a symphony concert was held under the baton of Jacek Kaspszyk, during which the fanfare, which had been specially composed for the inauguration by Krzysztof Penderecki, was performed. There was also a performance by American guitar virtuoso Steve Vai accompanied by the Szczecin Philharmonic Symphony Orchestra.

Appreciation of Dorota Serwa's activities as Managing Director of the Philharmonic in Szczecin came quickly from many sides, including for creating one of the most interesting and diverse program and educational offers of musical institutions, with festivals and concert series such as the True Musicians’ Tournament, SoundLab – a philharmonic laboratory of electronic music, a series of SENIORita music workshops, a social campaign Hearing Good Sounds and even the young Music.Design.Form festival.

In 2017, in a competition organized by the Women for Szczecin and the Region Association, Dorota Serwa received the title of Szczecinian of the Year 2016. In this way, the level of management of the Szczecin institution was also recognized beyond the city, and at the same time it promoted Szczecin through art, appreciating the artistic activities that fill the new venue of the Philharmonic.

In 2018, Dorota Serwa was awarded the medal of the century by the ZAiKS Authors' Association for her work in favour of Polish culture and music. As Miłosz Bembinow, deputy chairman of the Main Board of the ZAiKS Authors' Association said, Dorota Serwa deserves the name of culture creator, and the fact that the Philharmonic in Szczecin has become not only a musical institution, but also a cultural center of Szczecin, testifies to this.

Dorota Serwa clearly defines the goals for the coming years. The development of the Philharmonic is related to the increase in its range of influence in the country and abroad, as well as to the expansion of the artistic repertoire in order to attract new groups of audience.

This audience development is accompanied by attentiveness to the expectations of those with special needs and specific difficulties, as well as the perceptive capabilities of various groups and environments. Empathy and care translate into contact with both listeners and viewers as well as contacts with artists.

The goal of the institution is also to take on new challenges in the field of cultural and social dialogue, including the creation of artistic and educational events around the issue of local identity. The goal is to create a friendly space for event participants to make informed and active contact with art while linking the individual story that everyone brings with the tradition of the place and the city.