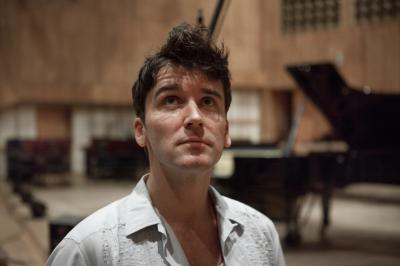 Masecki is a pianist, composer and arranger. He was born in Warsaw in 1982 and is currently living in both Warsaw and Berlin. He spent his childhood in Colombia where his father uncovered the secrets of the piano for him. He was also a clarinettist. Later, in Poland, he attended the Fryderyk Chopin Music School in Warsaw and played in the Alchemist ensemble. He studied at Berklee College of Music in Boston, and after returning, became involved with the alternative musicians from Lado ABC. He has co-founded many formations which combine jazz improvisation with an avant-garde approach – Paristetirs, Telewizor, Papierosy, TAQ and the Trio Masecki / Rogiński / Moretti.