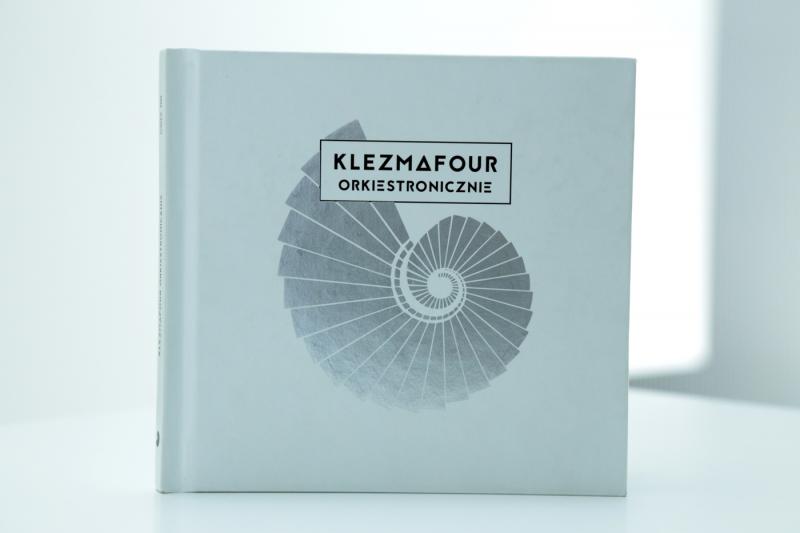 "On 13 February 2017 a new album by Klezmafour was released – it is a special compilation because it was recorded with the participation of the Szczecin Philharmonic Symphony Orchestra, co-publisher of the album.

"The idea to fill the concert hall of the Mieczysław Karłowicz Philharmonic in Szczecin with the energetic rhythms of the Klezmafour ensemble was born in 2013.
(...)
Another inspiration was a concert promoting the new album of the ensemble, »W górę« (in English »Up«, which took place in February 2014. The concert hall, filled to the brim with spontaneous reactions from the audience, encouraged both the Philharmonic and the Klezmafour musicians themselves to make a joint project – a unique combination of the klezmer energy of Balkan madness with the unique sound of a symphony orchestra.
(...)
On January 16, 2015, in the new, dazzling premises of the Philharmonic in Szczecin, the premiere performance of Klezmafour pieces in original arrangements took place, with the participation of the Szczecin Philharmonic Symphony Orchestra. The whole was led by arranger, conductor and composer Nikola Kołodziejczyk.
(...)
It turned out, however, that this was only the beginning of joint undertakings; after that we hid the explosion of sounds and emotions hid in a shy 3-minute reportage, another challenge appeared before us – a record to be made together.
"

Dorota Serwa, Managing Director of the Philharmonic in Szczecin

The album can be purchased from the website: karrot.pl/orkiestronicznie

See the video clip to the song "Evet Evet"